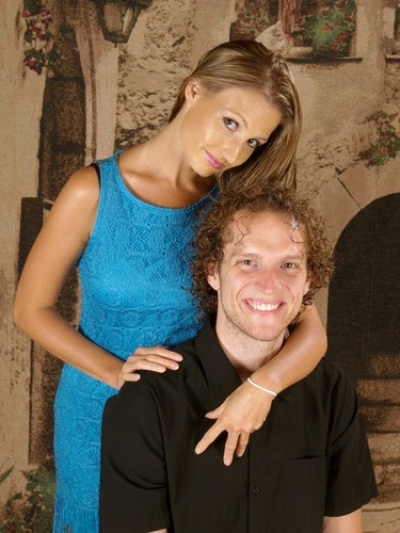 David was first introduced to the world of network marketing when his father dropped him off at an Amway meeting when he was a young teenager.

He joined two well known MLM companies and he had terrible success. In his third company, David learned how to target infkuential people for his business. David recruited one of the most influential men in his community, who in turn personally brought in over 200 people into David’s business team.

He began taste success with this company, building an income to over $4,000 per month.  During this same time period, David got married and decided to take a year off.  David and his wife were living in a van on the beach in Hawaii and during his time away from his business it began to decay.  In the summer off 2009 with $200 to his name, David decided to head back into the world of network marketing, while his wife went to work to keep them afloat.

David signed on with a new company and turned his sights to online marketing.  He became a student of free marketing methods and directed his focus to three highly effective strategies: blogging, article marketing and video marketing.  Over a three month period, David poured himself into creating new pieces of content each and every day.   In a short period of time, David began to pick up a substantial amount of leads.  In fact he won a sales contest with one of the affiliate programs he represents, without even knowing he was competing.  By the end of 2009, David had become the top recruiter and earner in his primary network marketing business and he was also the top lead generator in the MLSP system.

In the early part of 2010 David and his wife relocated to Costa Rica, where they live in a home on the beach.  In March of 2010, David received an unexpected phone call informing him that his primary company was no longer going to be in the network marketing business.  David had built a substantial business with this company, having personally sponsored 250 representatives into his downline.  For many people this would have spelled calamity, but not for David Wood.

David immediately joined another up and coming business that was already being utilized by several top earners in the MLSP system.  He then set up a 24 hour barrage of conference calls, starting a new call every 2 hours to communicate with his team.  When it was all said and done, David was launching his new business with over 50 in the first generation of his downline, even though his new business has a $500 up front cost.  In the time period between March of 2010 and August of 2010, David has now personally added over 200 people to his team.

When you sit back and look at what David Wood has been able to accomplish, building two substantial businesses and earning over $250,000 in less than a year, that in itself would be phenomenal.

David has proven that you don’t need a fat bank account to make this business work.

How he started in internet marketing.
More in this category: « Frank Kern Jonathan Budd »
back to top